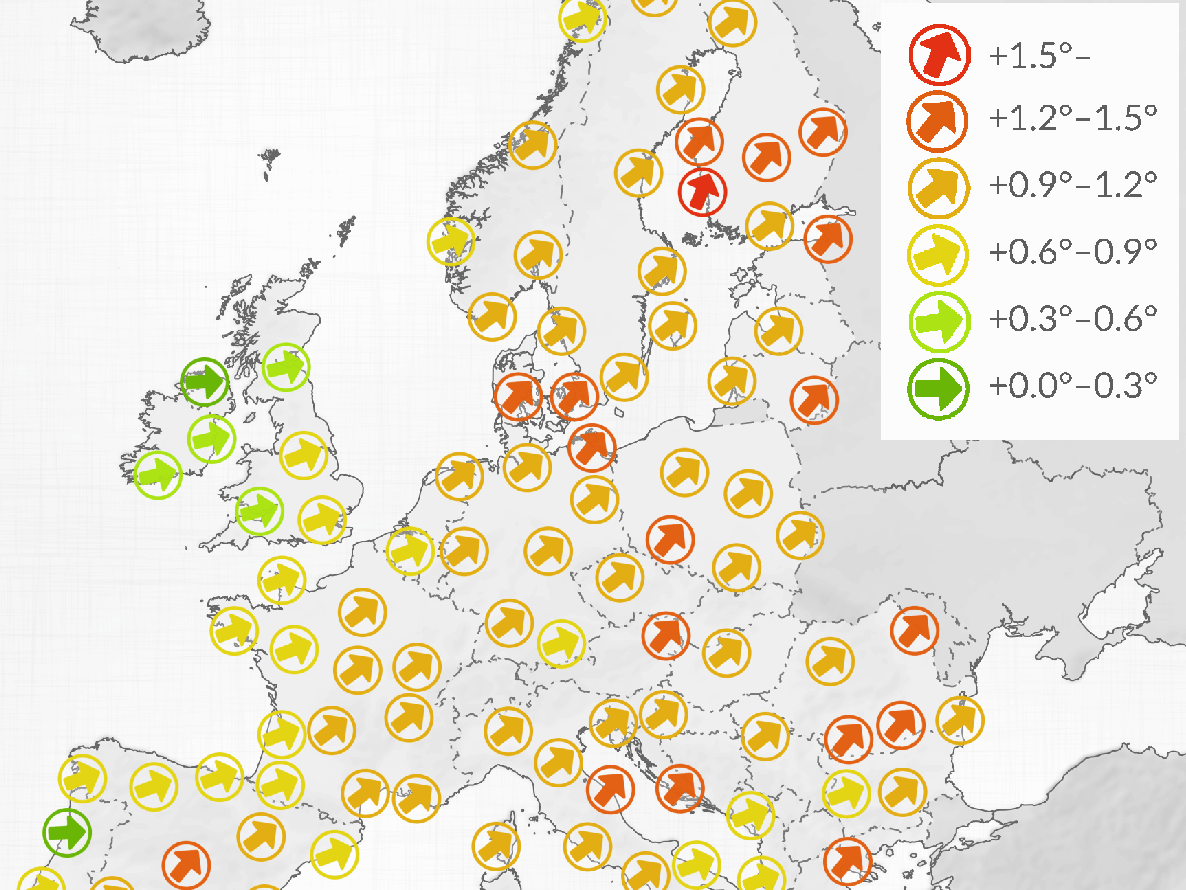 Note: When initially published, data for 38 of the cities in this database contained errors. The data has since been corrected. For details, please see www.onedegreewarmer.eu/correction.

Our analysis of over 100 million meteorological data points, from 117 years of weatherdata, shows that every major city in Europe is warmer in the 21st century than it was in the 20th, with the average city being 1°C warmer since the turn of the century.

The data used was made available by the European Centre for Medium-Range Weather Forecasts (ECMWF), an international organization which computes so-called “re-analyses” of weather data, based on a variety of sources such as weather stations, weather balloons, buoys and satellite observations.