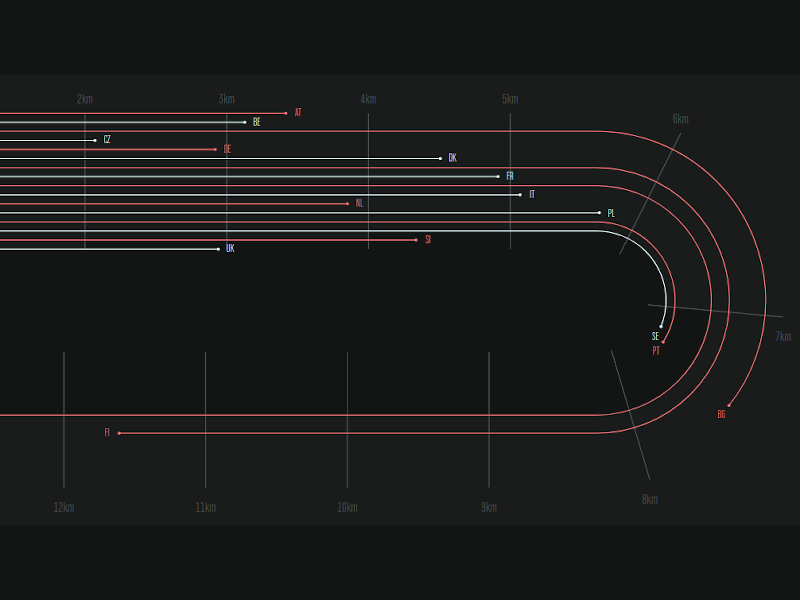 As travel by train is becoming more and more popular in Europe – also for environmental reasons – we decided to look at some of the main barriers discouraging people from taking the train. We created a list of all the active passenger train stations in 16 European countries (based on the quality of available data) and calculated how far citizens live from them, down to a regional level. We also looked at train prices and travel times, respectively relating them to the median wage and to travel times by car.

The large collaborative investigation on the European railways and trains was coordinated by Journalism++, which took care of data mining and analyses. Several other EDJNet partners contributed to it.